You are here: Home > Be inspired > School maths tutoring adds up for Bradford students 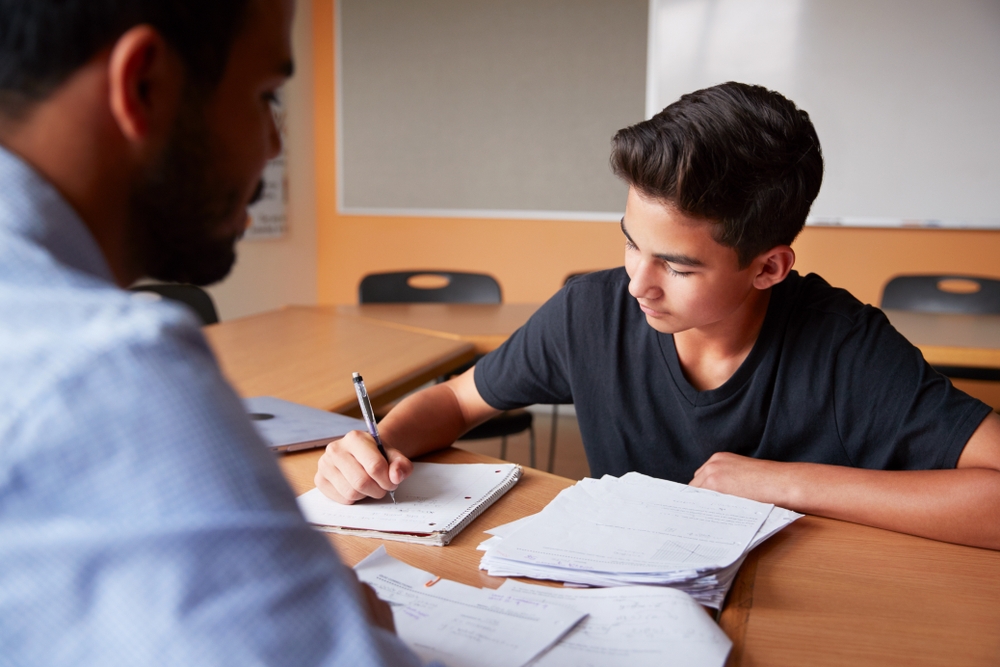 An army of students from the University of Bradford have been recruited to provide personal tutoring to Year 11 maths pupils impacted by COVID-19 study disruption.

The ground breaking scheme, funded by Bradford District Council and Bradford Opportunity Area, is designed to provide extra help and support to pupils identified as being ‘borderline’ passes for their upcoming maths GCSE exams.

It will see up to 40 students from a range of undergraduate disciplines that require at least A level maths recruited to provide face-to-face teaching and mentoring during organised weekend drop-in sessions from December.

Janet Smith-Harrison, STEM programme manager at the university, explains: “We identified a gap in pupils who were below a certain predicted grade level for their maths prior to lockdown, because we instinctively knew that if they were struggling at that point they were likely to be in a far worse position after so much time out of school.

“After discussing with partners how extra curricular tutoring could be done at scale in the city but also to a high quality, we decided to try and use our student body as a recruiting ground because so many of our students in subjects like engineering, informatics and life sciences have a strong background in maths.”

The more Janet and colleagues explored the concept, the more they realised there were many potential benefits for the pupils, the students and the district as a whole.

Bradford has one of the highest number of home grown students of any university in the UK, many of whom have seen the part-time jobs they rely on to support their studies lost amid the pandemic.

Being paid to provide support would not only help them financially, it would provide them with valuable work experience and give them an insight into the world of teaching that might influence their future career decisions.

“The scheme is a massive win-win for everybody concerned,” says Janet.

“The pupils get tutoring, mentoring and support from potential role models not much older than them who have very recent knowledge of the journey into higher education.

“The students can earn a bit of extra money whilst at the same time getting some really valuable experience under their belt that will look great on their CV.

Over 40 students, ranging from first-years to post-graduates, have put their names forward and are currently undergoing training through the West Yorkshire Maths Hub.

It is hoped they will be ready to start their first tutoring sessions in mid-December when the latest lock-down measures are expected to be lifted.

“Our plan is to use community venues such as libraries for Saturday and Sunday sessions,” adds Janet.

“Although it’s not entirely clear what restrictions will be in place and for how long, we really want to launch the scheme using socially distanced face-to-face sessions because that personal contact is so important in building relationships.”

Initially organisers hope the sessions will see up to four student tutors coaching up to four pupils each.

One of the recruits, 28-year-old Tom Green, who graduated with a computer science degree this year, said: “I’ve always had a passion for maths and I also love tutoring.

“This scheme has a really good reason at its core. If you’re a pupil, it definitely makes a difference being taught by someone who is passionate. The other thing is to show pupils how maths can have practical applications, to show them this is something that’s worth learning.”