You are here: Home > Be inspired > Nominations open for top teaching gongs 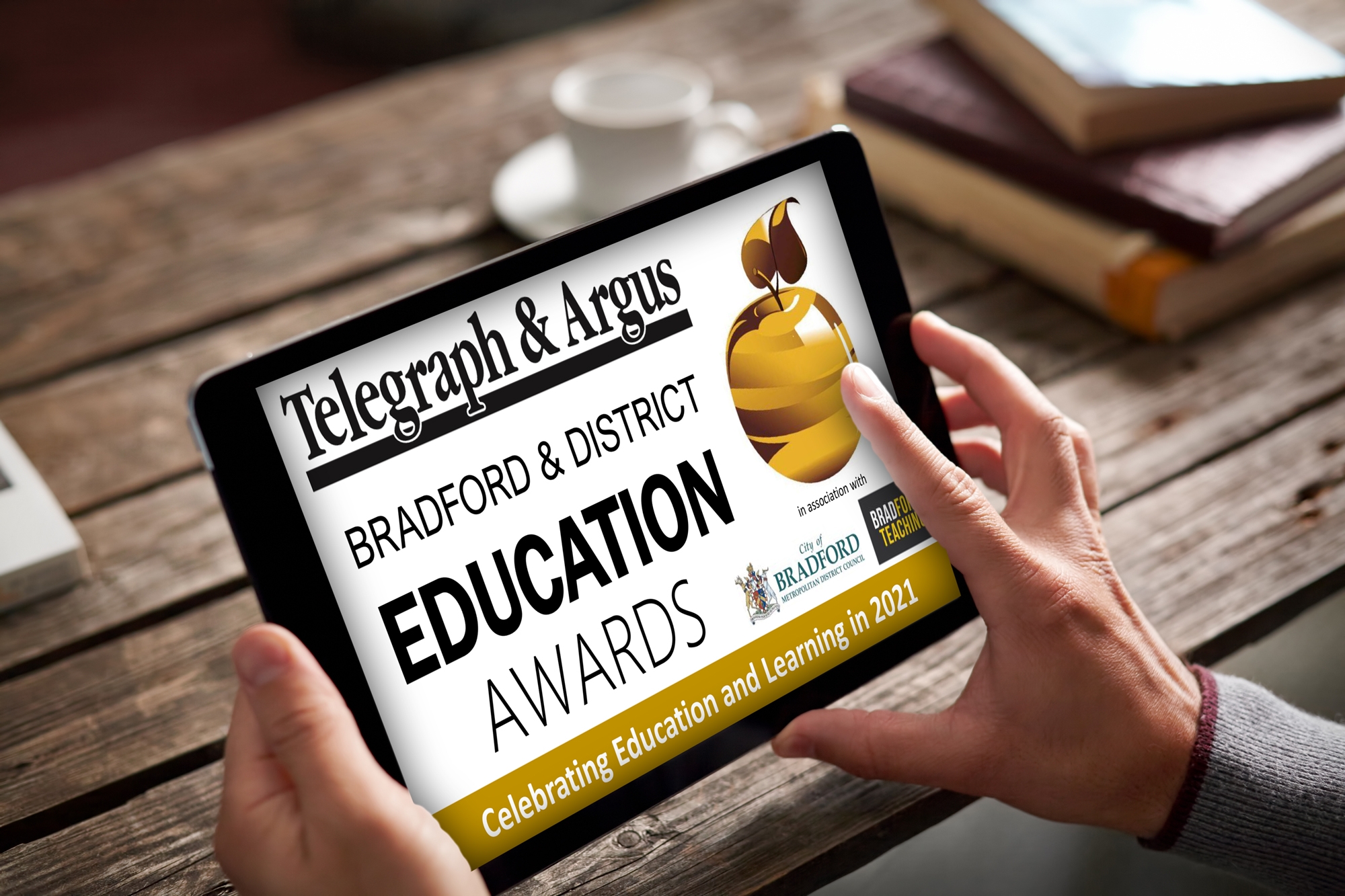 The starting gun has been fired for the annual event designed to showcase the best Bradford’s schools have to offer.

Nominations are now open for the coveted Telegraph and Argus Education Awards 2021, which will see schools across the district recognised for their achievements.

Because of COVID-19 restrictions this year’s awards, like those in 2020, will be an online event streamed to an audience of hundreds via the Telegraph and Argus website from 6.30pm on Thursday 29 April.

Last year’s big winner for School of the Year was Shirley Manor Primary in Wike which under the leadership of headteacher Heather Lacey caught the eye of the judges having successfully taken its OFSTED rating from ‘requires improvement’ to ‘good’ in just two years.

Beckfoot Priestthorpe Primary School teacher Neill Coates proved that age is no barrier to success by scooping Newcomer of the Year despite not entering the profession until he was in his 40s following an earlier career in industry.

And making over 400 hot meals a day during lockdown and delivering them to vulnerable residents across the district helped Ruby Hussain shine in the Community Prize category.

T&A/Local IQ Sales Director, Steve Lowe, said: “The awards are a major highlight in the Bradford event calendar and celebrate achievements, hard work and all-round positivity - something which is in short supply during these tumultuous times.

“The event was previously known as the School Awards and have honoured dozens of students, teachers, support staff, governors, leaders and schools since they were first introduced back in 2014.”

The deadline for nominations is Friday, February 26.