You are here: Home > Be inspired > Job satisfaction and silverware for new teacher Neill 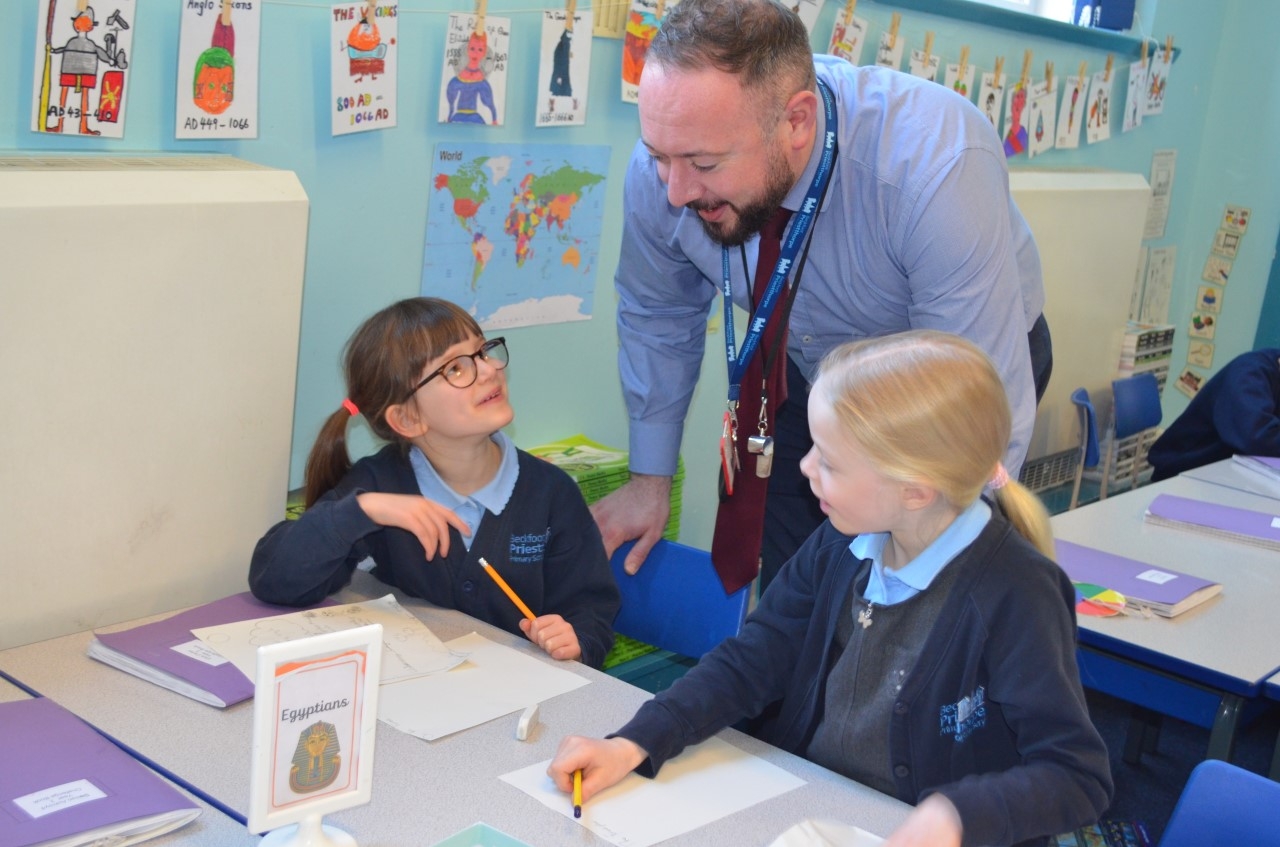 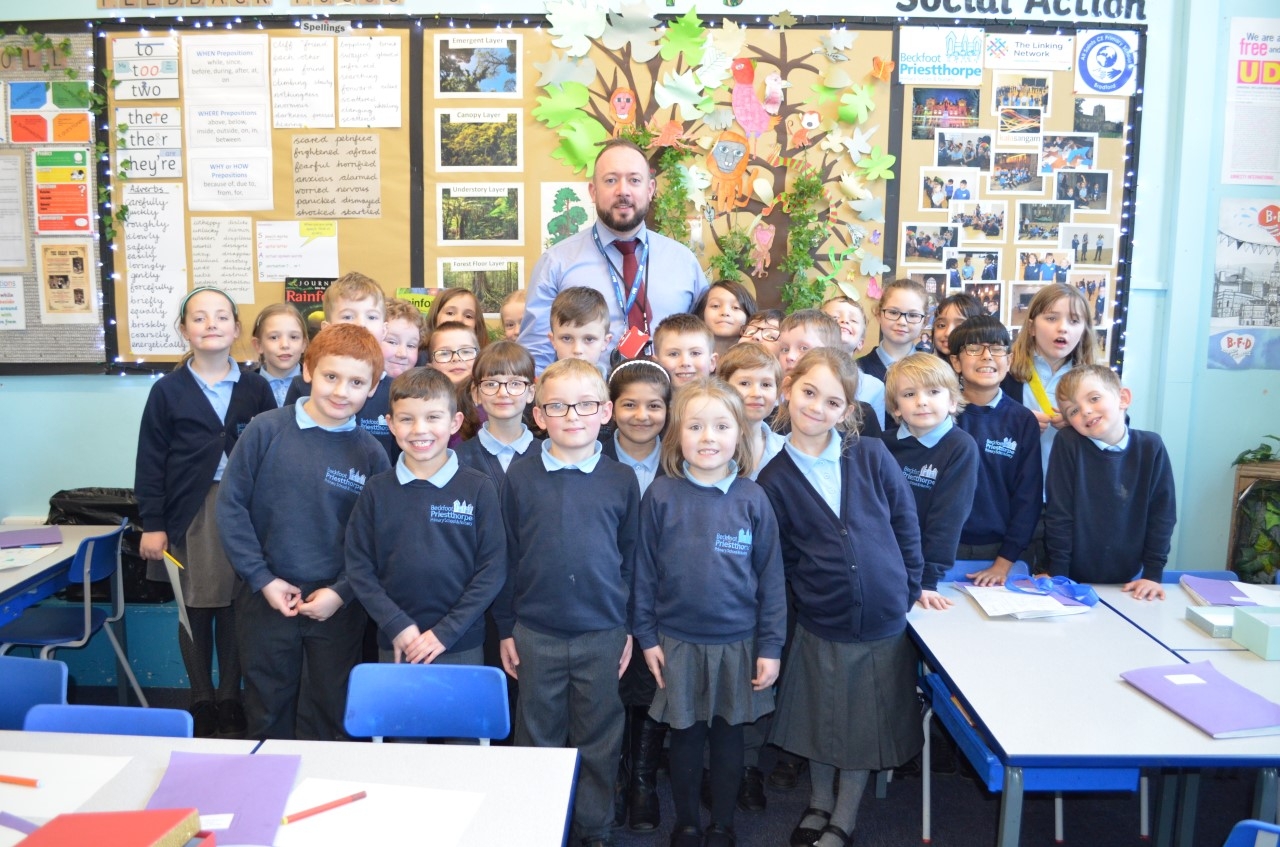 A Bradford teacher who scooped a prestigious ‘Newcomer of the Year’ award despite not entering the profession until he was in his 40s has praised the support and mentoring that helped him finally find his vocation.

Neill Coates, who had a successful 20-year career in industry before deciding to train as a teacher, was singled out by the Bradford Schools Awards judges recently after an influx of nominations from the parents of his pupils at Beckfoot Priestthorpe primary.

It was a welcome vindication of the hard work, commitment and support it took for him to leave a well-paid role and pursue a dream he’d held ever since his university days.

“When I was doing my degree it was always my plan to be a secondary school geography teacher,” explains Neill. “But somehow I ended up getting a good job as a transport planner in London with a good wage – so I ended up taking the money and letting my PGCE place go.

“Since that point though, teaching has always been there in the background and everyone who has met me along the way has said I’d make a good teacher because of my character and the way I relate to people.”

After getting an in-house transfer with his company to Leeds, Neill joined an upholstery firm in Bradford, where he worked for 15 years before finally making the decision to pursue his early dreams.

“The truth is that although I was doing well at work, I’d fallen out of love with the repetitive nature of the production environment, which was a bit like Groundhog Day,” he says.

“Looking back, I can’t believe it took me so long to make the leap. I was always finding reasons not to do it – first because I thought it would be impossible without any prior teaching experience and then because I thought I was too old.

“The turning point for me was speaking to a friend who worked at Beckfoot Trust who just turned every negative thought I was having back on me.

“She ended up inviting me to come and look at the school I’m at now, so I took a day off work to go in and it was instantly the best and most fun day I’d ever had in a work environment. I knew then that it was something I had to do.”

Neill landed a place on the Beckfoot Trust/Leeds Trinity University School Direct primary programme, which allowed him to combine academic studies towards a PGCE with hands on classroom experience.

“The university side of it was actually quite challenging and full on, with lots of assignments – I probably worked the hardest I have in my life and I had no money coming in,” he says.

“But the good thing about the programme I was on was that it was always clear what the structure of the course was going forward. I knew what I was doing, when I was doing it and why I was doing it.

“However, what really stood out for me was the quality of the mentors I had through my training. They were fantastic. Nothing was too much trouble for them and the effort they made to make sure I was comfortable in this new environment was amazing.

“You could actually tell that everyone wanted you to succeed, which is just so inspiring. I knew the first time I stood in front of a class that teaching was for me but I wouldn’t have become a qualified teacher without the support I’ve had along the way.”

Although Neill’s first year as a newly qualified teacher (NQT) was interrupted by COVID-19 back in March, his employers at Priestthorpe have passed him with flying colours and he is now looking forward to his first academic year as a fully qualified – and award winning – teacher.

He concludes: “Right at this minute, because of the pandemic, teaching is not quite the job it was but I still love every day of it and have absolutely no regrets about leaving the production line for the classroom.”

Find out more about training to teach in Bradford